Dedan Kimathi University of Technology successfully participated in the 2014 ASK Central Kenya National Show – Nyeri which was held from 10th to 13th September 2014 at Kabiruini Showground. The theme for the Show was ‘Enhancing Technology in Agriculture and Industry for Food Security and National Growth’

DeKUT hosted a luncheon for the members of the ASK on Thursday, 11th August, 2014. This was an opportunity for the Institute of Tourism and Hospitality Management to show case its excellence in providing outstanding catering services.

4. Technology Open Day
The University’s Technology Open Day was held on 16th March, 2015. The Chief Guest was the Cabinet Secretary for Information and Technology Dr. Fred Matiang’i. The Cabinet Secretary was accompanied by Hon. Mutahi Kagwe, Senator for Nyeri County. During the occasion the chief guest performed the grand opening of the DeKUT DeHUB and launched the DeKUT ICT Strategic plan. The DeHUB is an incubation center. It targets technological innovations and research outputs in the ICT sector. 16 ICT innovations were displayed mainly by students in the School of Computer Science and IT.

Background
The United Nations University-Institute of Advanced Studies (UNU-IAS) conceived and enabled the launching of the multi-stakeholder, community rooted, global initiative known as Regional Centers of Expertise (RCE) on Education for Sustainable Development (ESD) during the UNU-UNESCO International Conference on Globalization and Education for Sustainable Development in June 2005 in Japan.

A Regional Center of Expertise on ESD is a network of existing formal, non-formal and informal education organizations, mobilized to deliver education for sustainable development (ESD) to local and regional communities. An RCE is not a physical center but an institutional mechanism to facilitate shared learning, building linkages among local and regional stakeholders both within and outside the educational community and create alliances capable of addressing sustainability issues relevant to the region through learning and action.

The objectives of RCE Central Kenya are;

The purpose of the project was to reduce the vulnerability of local communities to climate change and enhance their skills and adaptation in rainwater harvesting by building their capacity on sustainable management of their water resources through primary and secondary schools and their parent associations/committees.

The project has directly benefited four learning institutions which were used as capacity building and demonstration points; these are DeKUT, Laburra Primary School, Laburra Day Secondary School and Mweiga Adventist Secondary School. Plastic water tanks and gutter systems were installed in these institutions in readiness for roof water harvesting.

The RCE Central Kenya draws its partners and stakeholders from learning institutions, government agencies, county governments, NGOs and CBOs, business community and individual community members within the region. The RCE works to promote sustainable development in communities through creating partnerships, networking, sharing of knowledge, capacity building, education and training.  The RCE has held several stakeholder meetings and workshops to forge way forward in implementation of its activities and it is currently mobilizing and recruiting more members/stakeholders.

RCE Central Kenya stakeholders during a workshop held in April 2014

DeKUT through RTMCL Division spearheaded establishment of Muringato WRUA in year 2014. The WRUA is registered with Registrar of Societies and Water Resource Managent Authority (WRMA). Muringato WRUA members and its key stakeholders participated in development of its Sub Catchment Management Plan (SCMP) in May 2014 which identified strategies for increasing water availability and catchment conservation within its Sub Catchment. Murinagto WRUA is currently undertaking a project to plant over 100,000 tree seedlings within its sub-catchment area.

DeKUT in collaboration with Kenya Forest Service, Kabiruini Quarry and Forest Preservation group, Muringato Primary school and the local community are working to rehabilitate the Kabiruini Quarries which have been mined extensively of building stones. 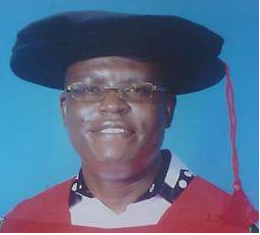